La Féline is a progressive (French) pop act (named after Jacques Tourneur’s 1942 movie) led by Paris based singer and guitarist Agnès Gayraud. She is also one of the figurehead of french pop activists’ movement La Souterraine. A tall brunette who sings in French — byzantine lyrics that ring in your head long after hearing them —, brings together her singular pop songwriting and Baudelaire, church singing and 808s, pop and deep thoughts. Think “La Question” by Françoise Hardy, or “Desertshore” by Nico, the bizarre pop elegance of Stereolab or the choirs textures of Elisabeth Fraser. You can feel the profound musical personality in the vocals and the lyrics. Jarvis Cocker championed some of her songs on his Radio 6 Sunday Service show. Her first LP Adieu l’enfance was released on November 2014, the second one, Triomphe, was released in England in 2018.

For the cosmic mood de "vie future”, released in 2019, La Féline had created string arrangements. When, in 2021, l'Opéra Underground offered her a carte blanche at the Opéra de Lyon, in collaboration with Bertrand Belin, it was the occasion for a new creation: revisiting his repertoire with the Opera Orchestra. Vocals, guitar, bass and drums are present, all other synthetic instruments have disappeared to make room for violins, oboes, harp, flutes, timpani, marimbas and other xylophones. By retaining five tracks from this precious event, this first live recording allows us to hear again the songs of la Féline, obvious and inventive, intimate and at the same time transported by the collective power of the orchestra. This live version has just been released in May 2022. 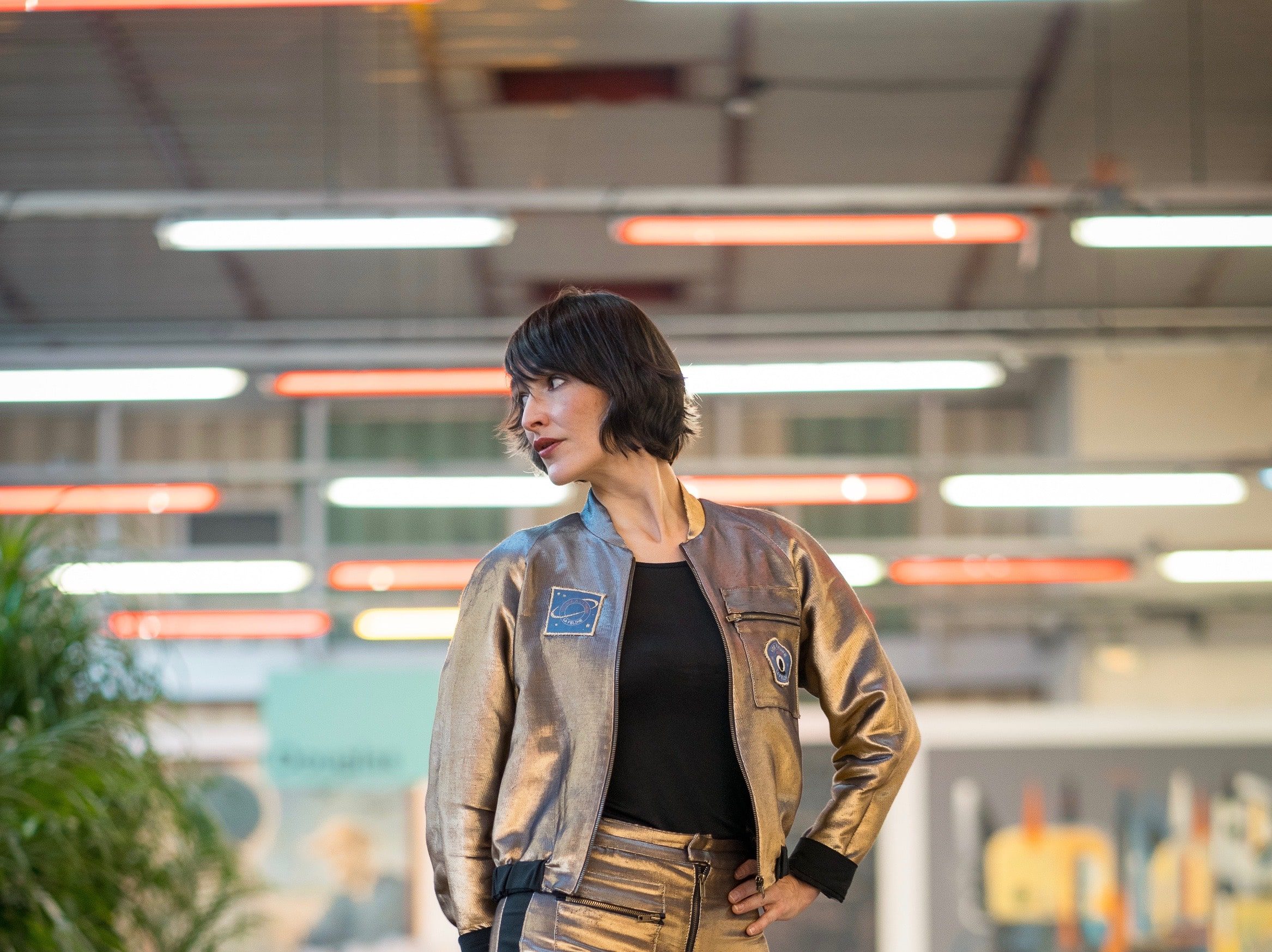 There are moments in our lives

when birth and death intersect and engage in dialogue for a moment. Often, this is done in silence. La  Féline decided to go the musical route.

Vie Future, the third album by musician and author Agnès Gayraud (she is just about to publish her  recent philosophical essay Dialectic of Pop in English (Urbanomic, 2019), is a truly cosmic record. At  once deep and airborne, like the musician herself, it is an opus concerned with the cycle of life – that arc  in which the cosmos expresses itself in the physical world, and where worries about the present never  stand in the way of joy.

The songwriting process began in February 2018, when Agnès’ stepfather was about to pass on, just as  she was herself about to give birth. She just didn't know yet. And, feeling her way through it, she took  her guitar, a few effect pedals and her iPad, and started writing songs in her Lyon studio. Songs that  would tell her of her future, the melodies becoming like small oracles. 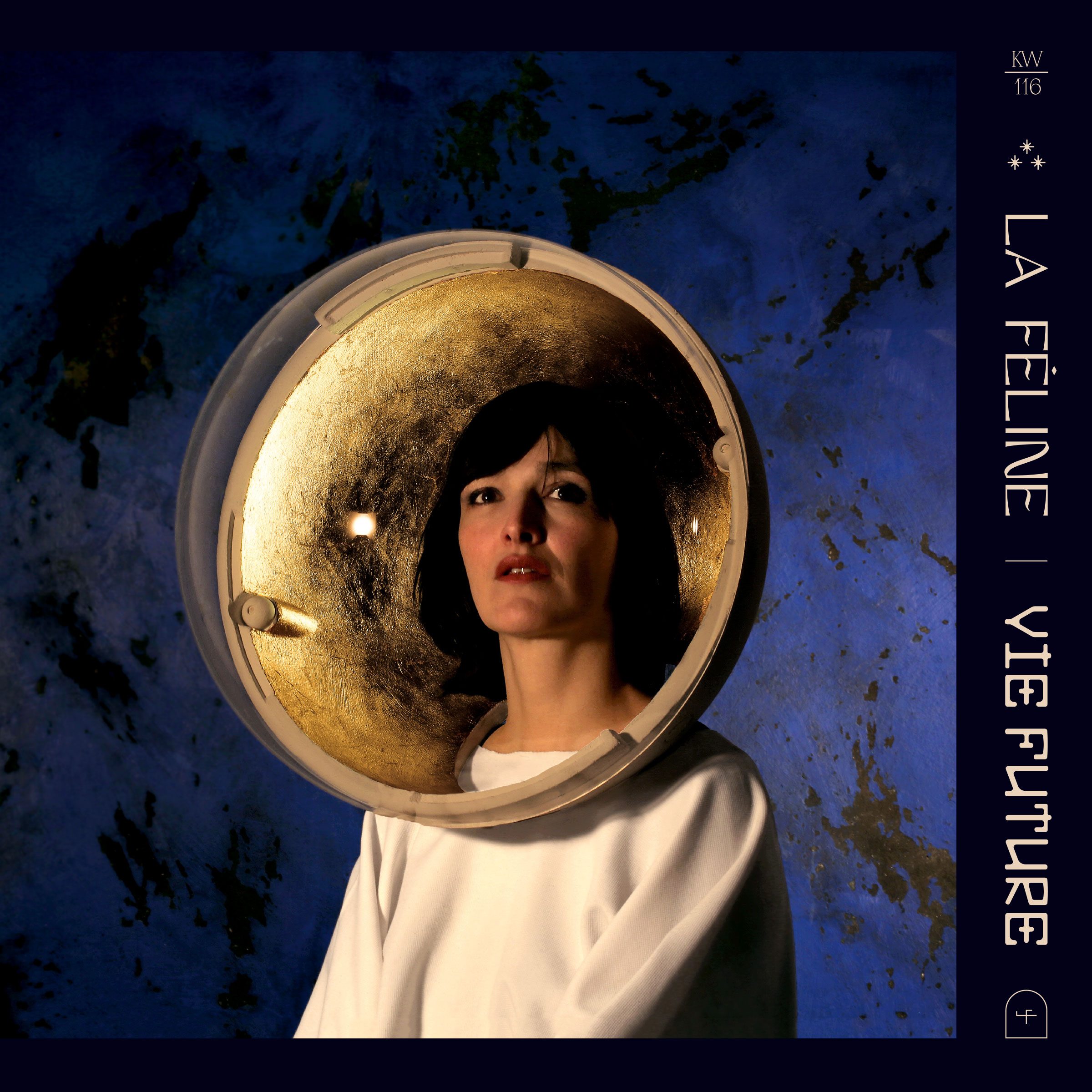 In the ensuing months, pregnancy succeeded mourning, the two woven closer together by the emerging  music. Somewhere in the space between earthbound gravity and cosmic trip, coldwave and astral  ballads, La Féline intelligently chronicles the interlocking "immense sadness and immense joy, a  hopelessness that sidles up to a deep trust in the universe ».

Delving into the intimate in a manner reminiscent of the greatest French songwriters like Anne Sylvestre or  Brigitte Fontaine, La Féline channels a sort of Laurie Anderson-like universe. This collusion is prodded along  by Xavier Thiry production, who has been working with Agnès since 2008. Together, they paint La Féline’s  sound using wide-screen reverb, space echoes and pitch effects, playfully juxtaposing synthesized sounds  and string ensembles, peppering songs with noises from the worlds that make up the album's galaxy. The  result is imbued with a cinematic glow, recalling science fiction akin to Pink Floyd's Set the Controls to the  Heart of the Sun, Ray Bradbury's short stories, the cold exoticism of David Sylvian, and 2001: A Space  Odyssey. In this case, however, the science fiction has already happened, the present we are going through  already resembling unsettling dreams.

Vie Future is a contemporary record: it is the soundtrack of our unsound present. A survey of the anguish and  joys that accompany the ecological and political disasters we are facing.

Just like the Jacques Tourneur film that inspired her nom de scène, La Féline seems struck by a curse and  "begins to doubt this reality". With her shapeshifting, heavenly, powerful voice, she sings of the collapse of  our beliefs and certainties. The impossibility of resurrection (Tant que tu respires, Où est passée ton âme);  our planet's doomed future (Palmiers Sauvages, Depuis le ciel); but also, mankind's vulnerability, as we  continue to fight for survival in a world we are at once responsible for and subject to (La terre entière), and her  infinite love for her child, who she could visualize even before the birth (Vision de Dieu, and Voyage à Cythère,  a track that samples her baby's heartbeat, captured during an ultrasound).

As a way of ending the trilogy that she had begun with Adieu L’Enfance (2014) and Triomphe (2018), Vie  Future is full of ambitious, moving, future-forward pop that takes us to the edge — between dream and  reality, present and future, disaster and comets. An album full of menace, surprise, and promise. Just like life.
Blandine Rinkel 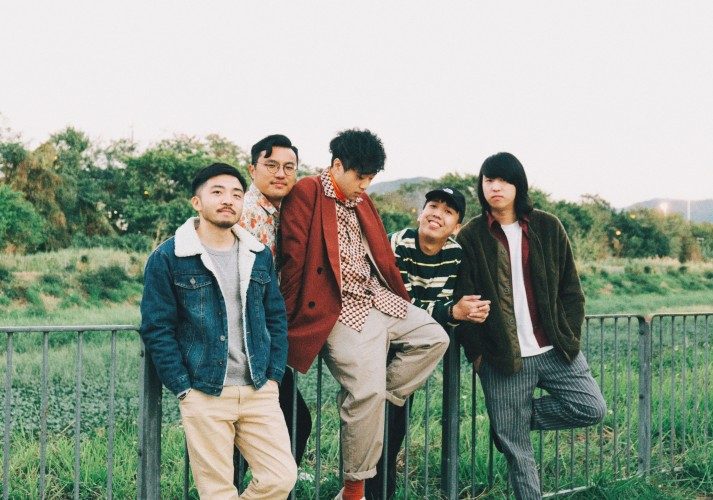 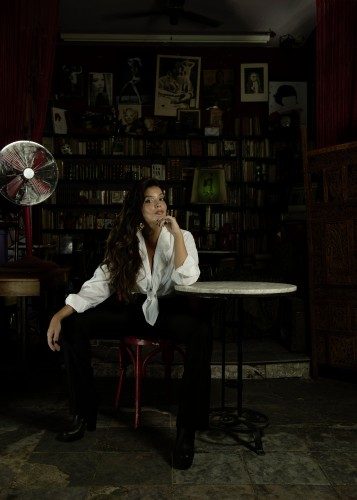 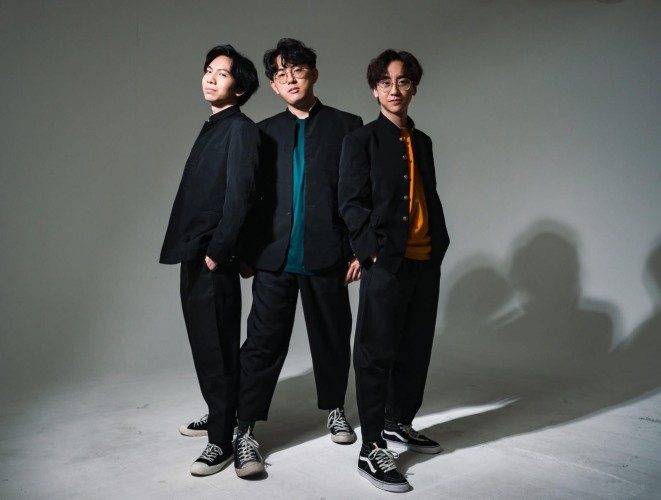